It can be a hard pill to swallow. You’re a project manager of a large-scale construction endeavor in Denver. You have dozens of subcontractors working to complete the project, but you find failure. At Claystone Construction, we understand that large-scale projects can be time-consuming, cost-heavy, and disheartening at times, but they don’t have to be. In this post, we want to share the top three reasons large-scale construction projects fail and how to reduce the probability of them failing before they even start.

If you’ve seen a construction project fail, then you know the three biggest reasons they do not succeed:

Some of the biggest construction projects around the world failed to meet the deadline due to a lack of time management. Deadlines were set based on a dream not reality. For example, the Second Avenue Subway in New York started phase one in 2017 and, as of this post, phase two is still in design. What’s more, this project was originally proposed in 1919 as a massive expansion project. It was demolished between 1945 and 1955. Now, it’s back on the books.

A big reason construction projects fail is due to mismanagement of money. Some projects start without the surety of capital to complete them. Other projects start fully funded, but things cost more as the project progresses, which stops the project in its tracks. A huge example of this was the American Dream Meadowlands project. In 2003, the excavation company broke ground, and, in 2007, the initial invested company went bankrupt. A second company bought the project and later stopped making payments to due bankruptcy, as well.

Reason For Failure #3 – Lack of Communication

It is possible for construction projects to stop progress due to a disagreement or misaligned vision. Many large-scale projects saw a stop in progress due to the local government officials and the funding companies not seeing eye-to-eye on the project. For example, the India Tower in Mumbai, India halted progress on their project due to the tower’s developers and the civic authorities being at odds on how the project should progress. 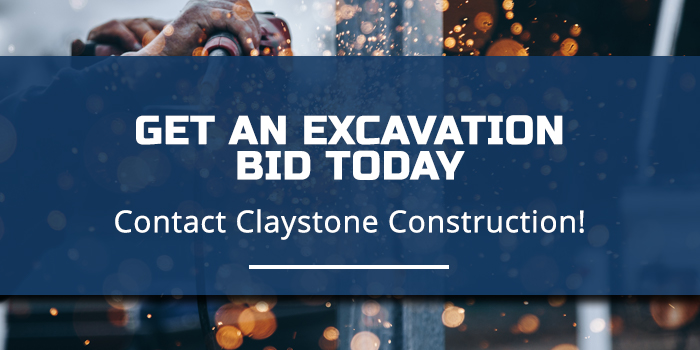 How To Increase Probability Of Project Success?

As a top excavation company serving Denver and the rest of Colorado, Claystone Construction strongly suggests establishing a plan before moving forward to the funding phase or even the construction phase. A plan greatly increases the probability of success. As long as the plan is specific enough for actionable progress, it will serve as a tool throughout the entire project. Any construction, excavation, or highway project that has a thing plan in place will see a higher risk of failure. It’s important to plan the project as much as possible before getting started.

Claystone Construction works with project managers, local government officials, and investors all over Colorado, including Denver. If you’re planning a project and need a top excavation company to help move the project along, we’re here for you. Our mission is to foster professional relationships with the contractors, project managers, and decision-makers in Colorado.